When people talk about aircraft, there is usually one association to it – men in coveralls. Although, through history it is statistically more common to see males in this field and there is a stereotype that this is a „man's job“, it is proven many times that women are just capable of performing these jobs as men are. Lillian Todd, as the first female aircraft designer who invented the first successful aircraft, and Amelia Earhart, a pilot and an advisor to aeronautical engineering, have proved this themselves. Also, one of the most known women in the world was also an aircraft mechanic in WW2 - Queen Elizabeth II herself. Despite these successful women, there is a small amount of females in aircraft maintenance nowadays. Why is that?

How low is the involvement of women in aviation today?

As the USA is the first country to notice this problem, they were the first to start solving it. In 2020, due to FAA demographic report, there were 215,905 non-pilot female certificate holders and only 7,573 were aircraft maintenance technicians. That means that only around 3.5% of them are aircraft mechanics. But if we take a look at the number of 301,087 aircraft maintenance technicians in the USA, that tells us that only 2.5% of all aircraft mechanics are actually female. But in the end, if we take a look that only 5 years ago there were 8,419 women working as aircraft maintenance technicians, it means that situation is only getting worst.
We should also consider that the USA is the country with the highest involvement of women in this field and that the situation in the rest of the world is even worst. In many countries, these numbers are going even lower than 1%.
Since the industry has got large growth in the past decade we are wondering why are these numbers so low.

How do we encourage the growth of women's presence in the filed?

At this moment we have to be aware that women should be a part of the maintenance staff as well and that it is our job to encourage them to join us. We have a huge interest of women population in aviation, but on positions like pilots and stewardesses. Therefore, there is a lack of support in other aviation areas, mainly in maintenance. This is a consequence of not knowing what an aircraft mechanic and his job actually is. Taking this into account, we wanted to do some research. We've explained to numerous women briefly what is it about and 56% of them said they would consider it as a career option. That tells us that if they were informed properly we could have a lot higher interest in women joining our industry. Likely, there is this wonderful community Association of Women in Aviation Maintenance (AWAM) who is supporting all of the female presence in the aircraft maintenance industry in all possible ways. They have set all the primary goals for solving this issue. Educating the young people about this industry, helping students with their scholarships, helping newcomers find jobs and increasing awareness of companies, and most importantly, support all of the women that are already working in the aircraft maintenance industry.

And that is the right way to encourage women for choosing an aircraft mechanic career. It's our job to show them support and appreciation.

What are the advantages and disadvantages (pros and cons) of a career in aircraft maintenance?

We contacted some women representatives in this industry and asked them about their experience. They were very nice and supportive so check out their testimonials.

How did you decide to start your career in aircraft maintenance?

I always knew I couldn't work in an office spending 8 hours in front of a computer, I needed to move, to do something with my hands, so mechanic appears like a good job, the pleasure of fixing problems, the pleasure of going from something not working to something which works because of you! And why in aviation? Well, I don't do anything like the others so, I wanted a badass job, and what's more badass than some big heavy "stack of metal" capable of flying through the Sky?

How do you see it now?

Now I'm really happy to do this work, there are always things to learn, you constantly have to update yourself, and each day is different from the other. Also, there's a lot of different type of aircraft, so you really have the choice to decide.

What are your goals in future as aircraft mechanic?

My goals for the future are to work outside of France, discover new countries thanks to my job. Also this year I'm gonna practice to become B1.3 to learn about helicopters. Then I'll have the choice to work almost wherever I want. If you are recruiting in Finland I would be really interested (ahahahaha).

Message to women who are thinking of taking this path?

My message to women who are thinking about taking this path is: Follow your dreams! Yes it's a "men's" world, but all you need is self-confidence, and they will understand that you're just like them.

How did you decide to start your career in aircraft maintenance?

How do you see it now?

The exact phrase which defines how I feel seeing this every day is "I am nothing Without this". I can't imagine being a Nurse, a Lawyer, or a Police. This became part of my life.

What are your goals in future as aircraft mechanic?

Message to women who are thinking of taking this path?

Try and if you like it ... make it part of you. It is a WONDERFUL experience, find out for yourself and you won't regret it. Get as much knowledge as you can. 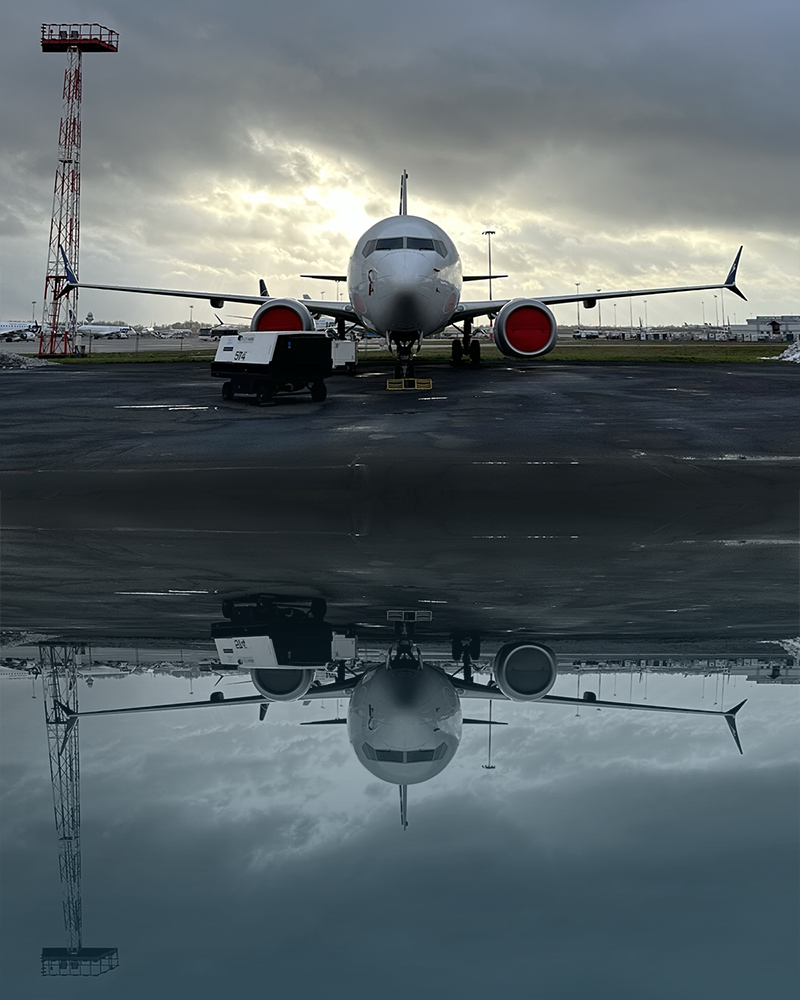 Pros and cons of working as an aircraft mechanic
Feb 8, 2023